When O’Fallon voters go to the polls on Tuesday, June 2, they will have the opportunity to vote on Proposition 1, which would increase funding to the O’Fallon Police Department and road improvements. The funds would come from a use tax placed on items purchased from out-of-state retailers.

What will the funds be used for?

Future plans also call for the addition of more police officers to keep up with the growth of the City.

The City’s Street and Road Improvement Fund also will see additional funds through the passing of Prop 1. These funds will be used to make City streets safer through additional asphalt and concrete improvements on residential streets.

Why are use taxes being considered? 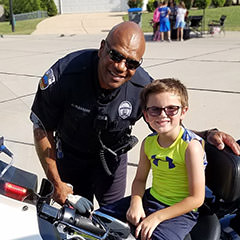 Local sales tax revenues cannot be collected for online, out-of-state purchases and can only be collected through a use tax.

Estimates from the Missouri Municipal League show that the City of O’Fallon would receive about $3 million per year if a use tax was in place. These revenues would have been collected as sales taxes had the purchases been made at O’Fallon retailers, but for purchases were made online or from out-of-state retailers, no City sales taxes are collected.

Any local use taxes collected from the passing of Proposition 1 will be used to increase funding for the O’Fallon Police Department and to make road improvements throughout the City.

How does a use tax work? 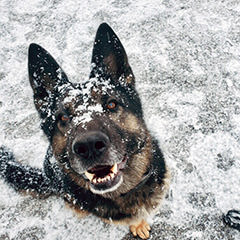 Voter approval is necessary for the City of O’Fallon to receive local use tax revenue on goods purchased for use in the City from out-of-state and online vendors. At no time can local use tax and local sales tax be collected on the same transaction.

Citizens will have the opportunity to vote on Prop 1 on the June 2, 2020, ballot:

In order to increase funding for O’Fallon police services and road improvements, shall the City of O’Fallon impose a local use tax at the same rate as the total local sales tax rate, currently two percent (2%), provided that if the local sales tax rate is reduced or raised by voter approval, the local use tax rate shall also be reduced or raised by the same action? A use tax return shall not be required to be filed by persons whose purchases from out-of-state vendors do not in total exceed two thousand dollars in any calendar year. 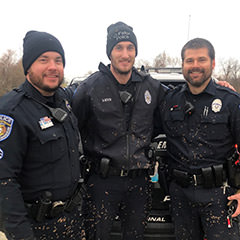 On June 2, 2020, O’Fallon voters will decide the following ballot issue regarding a use tax. The local use tax is applied, in lieu of the local sales tax, on transactions conducted with out-of-state vendors including catalog and direct market and many online sales.

What is a local use tax?

A local use tax is a tax placed on goods purchased out of state for delivery to and use in O’Fallon.

A transaction will never be subject to both a use tax and a sales tax. To keep things simple, the State of Missouri mandates the local use tax be applied at the same rate as the City’s sales tax, currently 2%.

How is the use tax different from sales tax?

Local sales tax is collected by “brick and mortar” retail stores in the City of O’Fallon. The local use tax is applied to purchases made from out-of-state vendors that ship goods to O’Fallon customers. These out-of-state and online businesses do not currently collect local sales tax.

A use tax is not a double tax. You will never pay use tax on a purchase, if you pay sales tax. Purchases are only subject to a use tax if the purchase is from an out-of-state vendor who does not collect sales tax.

Will I be double-taxed for purchases?

No. Consumers will never be charged both local sales tax and local use tax for any purchase.

Isn’t the local use tax a new tax?

Not really. A local use tax has been available under state law for many years. And our local sales tax rate has been approved by voters of the City of O’Fallon. The local use tax is just a new way to collect the same tax revenue that would have been collected if the purchase was made at an O’Fallon retailer.

Additionally, St. Charles County and the State of Missouri already have a use tax in place, meaning those taxes already are being paid on purchase made out of state. The issue is that rate does not include O’Fallon’s portion resulting in the current use tax being less than our sales tax rate, making local purchase more expensive than those made from out-of-state vendors.

If approved, how will the local use tax be applied to online purchases?

Will I pay a use tax if I shop in O’Fallon?

No. Consumers will only pay a use tax for purchases from out-of-state vendors who do not collect sales tax. The use tax only applies when out-of-state purchases total more than $2,000.

Is this only a business tax?

It is primarily a business tax, but there are cases where it may apply to individuals. Missouri State Law says that when individuals make more than $2,000 in purchases in a year from out of state (not including personal property such as vehicles, boats, etc.) that the individual must pay a use tax by declaring those purchases on their annual tax returns and paying voluntarily at that time.

Why is O’Fallon asking for yet another tax? Aren’t we taxed enough?

As we all know, in today’s world, it’s easier than ever to bypass local businesses and buy things from out of state. The use tax does not keep anyone from shopping out of state. It just ensures that the sales tax rate would be the same whether the purchase is made in state or out-of-state.

Are any items exempt?

This website was prepared and paid for by the City of O’Fallon, Bill Hennessy, Mayor, 100 North Main Street, O’Fallon, MO  63366 solely to educate and inform residents about questions that may be presented at the polls. It is NOT intended to advocate, support or oppose the passage or defeat of any measure or candidate. Each voter should vote based on his or her own best judgment.